Bryn Scott-Grimes is a professional musician and educator with a BA in Music from York University. Since he first began singing and playing guitar in his early teens, Bryn has been an avid songwriter and composer with a refreshing sensibility, incorporating elements of folk, rock, blues, jazz, hip hop, world music and Broadway music into his compositions.

Bryn has released 4 solo albums, including his latest–Room on Ossington–where he wrote, produced and played all of the instruments. Bryn is also half of the award-winning duo Taylor & Bryn and harmonica sideman for singer-songwriter Anna Gutmanis, whose music of love and protest is played on radio stations across Canada, the United States and Australia.

After graduating with Honours in 2012, Bryn found himself naturally attracted to music education. In 2016, Bryn was featured as the lead educator in the documentary Me & My Harmonica, which relays the compelling story of a man’s dream to bring harmony, happiness and peace through his music. Bryn has also launched a harmonica-centric program at the Pickering Library for children ages 8-12.

To sign up for lessons with Bryn please fill out the form below: 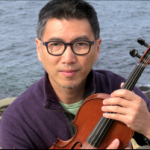 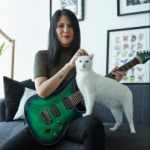