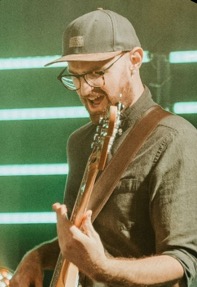 Jack-James Lemaire is a multi-instrumentalist known for his ability to be a musical chameleon. Primarily an electric and acoustic bassist, he has over 5 years of experience teaching guitar, ukulele, and music theory.

Born in southern Quebec, Jack attended CEGEP Vanier in Montreal where he received a DEP in Professional Music and Song-writing Techniques. Wanting to further his music education he moved to Toronto to attend Humber College where he received a Bachelor’s of Music.
Jack’s ability to adapt to any musical environment has given him a robust career. He plays for some of the top wedding groups in Toronto, St Royals and Supersonic Hearts Band, renowned fusion groups, Mike Murray and Yiannis Kapoulas, and up and coming indie acts, Jeremy Voltz.