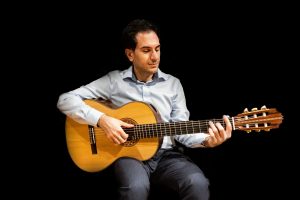 Having studied classical guitar in four countries, Navid Niknejad has extensive international experience as a guitarist and instructor. He began his musical training in his native country, Iran. After finishing his bachelor’s in music at the University of Tehran in 2011, he moved to the Netherlands to study at the Conservatory of Amsterdam with Lex Eisenhardt. In 2015, he received a full-tuition scholarship to study a Master of Music in guitar performance at California State University, Fullerton with Dr. Marth Masters.

Navid is currently pursuing a Doctor of Musical Arts at the University of Toronto with Dr. Jeffrey McFadden. Navid has also studied in masterclasses of some of today’s most prominent guitarists, including Alvaro Pierri, Judicael Perroy, Marcin Dylla, Zoran Dukic, and Pavel Steidl, among others.

In addition to pursuing a career as a soloist, Navid has been active as a pedagogue in all the countries he lived in. Since 2017, he has worked as a Teaching Assistant at U of T, coaching the guitar chamber music ensembles. He has also appeared in different chamber music settings, including duos with flute, voice, and guitar in the Netherlands, USA, and Canada.

I believe successful teaching primarily relies on providing correct and detailed information and instructions; however, an insightful teacher also ought to be patient and positive, allowing students to progress at their own pace. This is specifically important in performing arts, in which the students’ individuality is highly effective in their learning and performative processes. Creating a positive and encouraging environment for the students and building their confidence to perform are among my priorities as a teacher. 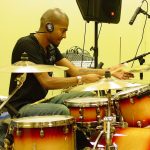