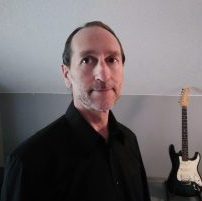 Paul has been performing and teaching music since he became guitarist in his High School Jazz Band. Later he taught Jazz Theory and performed regularly as a student with the faculty of the first Jazz Diploma Program in Nova Scotia at St. F.X. University. A period of travel followed which included Montreal, Vancouver, San Francisco, Mexico, Guatemala, and eventually Brazil, where he lived and worked as a musician and teacher for four years. After returning to Canada he began acoustic bass studies and completed his music degree. During that time he performed as guitarist, bassist and vocalist. In 1999 Paul relocated to Toronto and since then has been teaching, performing, touring and recording in Toronto and beyond. Paul’s role with the Toronto Guitar School is to help students of all ages achieve their own personalized goals in music through the creative application of techniques and methods he has developed over the years in many styles.

To sign up for lessons with Paul please fill out the form below: