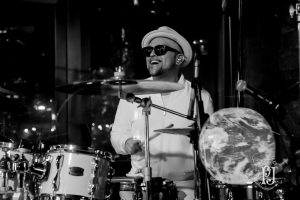 Ruben started his professional career as a musician in Caracas, Venezuela. “El Sistema”, Venezuela’s world famous classical music program was where Ruben started his musical journey. His natural gift firmly established him as one the best young talents amongst his peers.This opened many doors for the young musician, and in 2006 he made the move to Canada. He soon became one of the most sought-after drummers in Canada due to his ability to perform several genres of music. Ruben moves freely through Jazz, Latin, Pop, R&B and is capable of embracing different styles of music while making them his own.

Ruben is currently endorsed by Yamaha Drums and shares his professional career as a session drummer and band director for several projects in Canada, United States, Germany and China including Groove Academy, Uniq-Allstars, The Roots Academy among others.